August is here and the wattle is in bloom, a sign that spring is around the corner. Australians will all be hoping for brighter days ahead, as we contend with rising COVID cases and sobering news on the economic front.

Unemployment rose from 7.1% to 7.4% in June, the highest in almost 22 years. The jobless rate is expected to peak at around 9% in December before it begins to fall. As a result of the economic slowdown, inflation fell 1.9% in the June quarter (minus 0.3% on an annual basis), the biggest quarterly fall since 1931 during the Depression. The biggest price falls were for childcare, petrol, primary education, and rents. This was reflected in falling consumer confidence, with the ANZ-Roy Morgan confidence rating falling to a 13-week low of 89 late in the month (the long-term average is 112.8 points).

On financial markets, gold rose to a record high of US$1975 an ounce in July, reflecting its role as a defensive asset in difficult times. Crude oil prices inched up 1% in July but are down 25% over the year. And in good news for Australian exports, iron ore prices rebounded 8% in July (down 7% for the year). The Australian dollar continued to climb, closing the month above US72c. 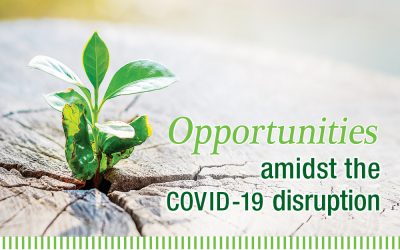 Opportunities amidst the COVID-19 disruption

COVID-19 is resulting in significant disruption to well-established business paradigms, impacting businesses, sectors and stocks across the board. However as Albert Einstein once said “in the middle of difficulty lies opportunity”. That certainly rings true in 2020 as...

END_OF_DOCUMENT_TOKEN_TO_BE_REPLACED 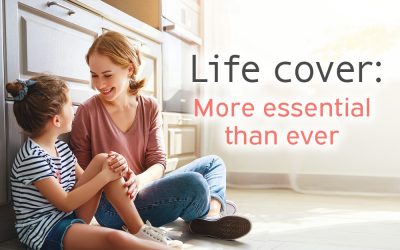 Life Cover: More essential than ever

Living through COVID-19 has brought many challenges and shifting priorities as we deal with the financial impacts of the pandemic, and that includes the issue of life insurance. On the one hand, the pandemic has highlighted the importance of life cover. On the other,...

END_OF_DOCUMENT_TOKEN_TO_BE_REPLACED

Kate Golder, Head of Wealth and Accounting, was recently featured in Professional Planner, giving her insights in to the industry and her journey in financial planning. "Clients trust advisers with their finances, so while numbers matter, it needs to be explained...